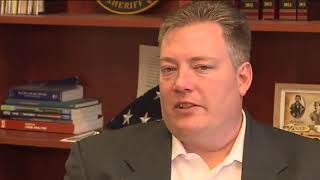 Probably the most un-lucky drug dealer of all time, Shawn Langley of Vail, CO responded to an ad on Craigslist from Jason Mikesell, Teller County Sheriff, who was simply trying to sell an SUV trying to trade "black-market marijuana" of 'high quality' for the vehicle. Detectives picked up on the opportunity immediately and set up a buy/bust to see if the dealer was serious. Apparently, he was. Langley and an accomplice were arrested in possession of approximately four pound
164 views
Teller County Sheriff

If you want to stay on top of TCSO news and updates, follow @tcsopio on Twitter now!
53 views 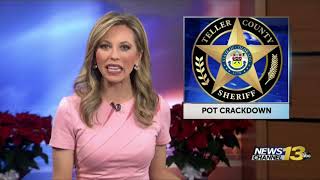 Get out of Teller County (Illegal Marijuana Grows)

The Teller County Sheriff's Office is prepared to go after all illegal marijuana grow operations within the County. The office has targeted several locations of known illegal grows and plans to begin an eradication process January 1. Sheriff Jason Mikesell has made it clear, his policy is to completely eradicate illegal marijuana grows in our community. Resources will come to bear on this issue in the first days of the new year. Sheriff Mikesell gave an interview to KRDO
244 views
Teller County Sheriff

Divide, CO, December 14, 2017– On December 3, 2017, the Teller County Sheriff’s Office received a complaint from two juvenile female victims who reported they had been repeatedly sexually assaulted by a neighbor over the course of three years during 2013-2016. Detectives from the Teller County Sheriff’s Office immediately opened an investigation and were able to gain enough information to make an arrest in this case. Rich Fretterd, 64 years old, turned himself in at the Tell
200 views